Substantive Due Process and Breed-Discriminatory Legislation

This lesson explores how the theory of substantive due process can be applied in the context of breed-discriminatory legislation (BDL), whether BDL is rationally related to public safety, and where science, the courts and governments presently come down on the matter. Best Friends Animal Society is the only national animal welfare organization focused exclusively on ending the killing of dogs and cats in America's shelters. An authority and leader in the no-kill movement since its founding in 1984, Best Friends runs the nation's largest no-kill sanctuary for companion animals, as well as life-saving programs in partnership with rescue groups and shelters across the country. Since its founding, Best Friends has helped reduce the number of animals killed in shelters from 17 million per year to 4 million. No other animal welfare organization has the knowledge, technical expertise and on-the-ground network to end the killing and Save Them All. www.bestfriends.org 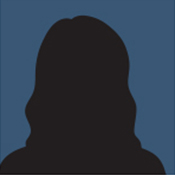