The Mens Rea of Negligence

This lesson examines the mens rea level of negligence as defined in the Model Penal Code.

On completion of the lesson, students will be able to:
1. Define "mens rea of negligence" under the Model Penal Code.
2. List the two components of the MPC’s definition of mens rea of negligence.
3. Analyze the concept of "failure to perceive" a risk that should have been perceived.
4. Express the rationale for imposing punishment only rarely on an actor whose mental state involves no more than the failure to perceive a risk.
5. Explain the nature of the risk at issue in negligence, including the Code terms "substantial" and "unjustifiable."
6. Differentiate between the MPC’s objective and subjective perspectives to evaluate an actor’s risky behavior. 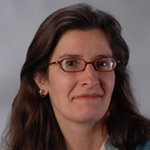