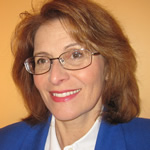 Faculty University of Massachusetts School of Law at Dartmouth