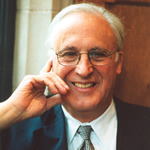 Owen Fiss is Sterling Professor Emeritus of Law of Yale University. He was educated at Dartmouth, Oxford, and Harvard. He clerked for Thurgood Marshall (when Marshall was a judge of the United States Court of Appeals for the Second Circuit) and later for Justice William J. Brennan, Jr. He also served in the Civil Rights Division of the Department of Justice from 1966 to 1968. Before coming to Yale, Professor Fiss taught at the University of Chicago. At Yale he teaches procedure, legal theory, and constitutional law.

Professor Fiss is the author of many articles and books, including The Civil Rights Injunction, Troubled Beginnings of the Modern State, Liberalism Divided, The Irony of Free Speech, A Community of Equals, A Way Out/America’s Ghettos and the Legacy of Racism, Adjudication and its Alternatives (with Judith Resnik), The Law as it Could Be, and The Dictates of Justice/Essays on Law and Human Rights. His most recent books are A War Like No Other/The Constitution in a Time of Terror and Pillars of Justice/Lawyers and the Liberal Tradition.

Professor Fiss also participates in extensive Law School programs in Latin America and the Middle East and, along with Anthony Kronman, directs the Abdallah S. Kamel Center for the Study of Islamic Law and Civilization. Professor Fiss is a member of the American Academy of Arts and Sciences and has received honorary doctorates from the University of Toronto, Universidad de Buenos Aires, and Universidad de Palermo (Buenos Aires). He was also awarded La distinción Sócrates from Universidad de Los Andes (Bogotá) and Profesor Visitante Distinguido at del Instituto Tecnológico Autónomo de México.