Articles II through X of the Federal Rules set out substantive evidentiary tests and standards. However, a student's understanding of those tests and standards is incomplete unless the student appreciates the procedural framework within which those provisions operate. Federal Rules 104(a) and 104(b) are the fulcrum of that framework. Those subdivisions codify the distinction between competence and conditional relevance issues. The subdivisions govern such vital questions as whether the opponent may conduct voir dire in support of an objection, whether the trial judge may consider the credibility of the proponent's foundational testimony, how the trial judge instructs the jury, and whether the factual issue is ultimately submitted to the jury.


This lesson focuses on Rules 104(a) and 104(b). The first part of the lesson familiarizes the student with the key procedural differences between 104(a) and 104(b). It reviews all major facets of the problem, including the special procedures used when a preliminary fact coincides with a fact of consequence on the merits of the case. The second part of the lesson is an intensive drill giving the student extensive experience in classifying foundational facts as falling under either 104(a) or 104(b). Part two is divided into subparts, each subpart concerning a different article of the Federal Rules. Thus, there are separate subparts devoted to the foundational facts posed by the doctrines set out in Articles VI (credibility) and VII (opinion). Part two is divided into subparts to allow the professor to use the drill to directly reinforce the classroom discussion; the division of part two into subparts enables the student to do the relevant part of the drill after the professor has completed the discussion of the F.R.E. article. Hence, the professor can cover the articles and assign the subparts in the sequence which he or she believes makes the most pedagogic sense. 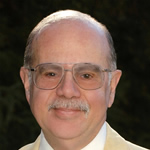