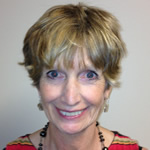 Mary Hatfield Lowe received a B.S. (1971) from the University of Illinois, a M.A.T. (1978) from the University of Louisville, and a J.D. (1981) and Ed.D. (1990) from the University of Arkansas. She worked as a juvenile court case worker for five years prior to law school and worked as a family law attorney for seven years after becoming licensed. In 1990, she began a career directing and teaching in paralegal and legal studies undergraduate education. The Legal Studies Program at Northwest Arkansas Community College was the 2nd ABA approved program she established and directed; her first program was at UA Fort Smith. Although she retired as the full-time director in 2020, she continues to teach on an adjunct basis.

She has also been a lecturer for the University of Arkansas at Fayetteville (12 years), John Brown University (3 years), Sebastian County Circuit Court (17 years) and two summers at the University of West Bohemia, Czech Republic. In 2010, she was chosen as the NWACC Outstanding Teacher and in 2013, she was elected to the Board of Directors for the American Association for Paralegal Education (AAfPE).