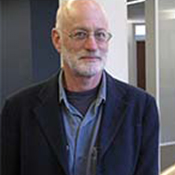 Professor Peter Jan Honigsberg’s current research focuses on the rule of law and human rights violations that occurred in the detention center in Guantanamo Bay, Cuba, and on the study of terrorism and other post–9/11 issues. Honigsberg is the founder and director of the Witness to Guantanamo project, which began in fall 2008. He has filmed over 125 full–length and in–depth interviews in nineteen countries of former detainees and others who have worked in or are associated with Guantanamo Bay, including prison guards, interrogators, interpreters, chaplains, medical personnel, prosecutors, habeas and JAG attorneys, high–ranking government and military officials, and family members of former prisoners. In May 2007, Honigsberg visited the detention center at Guantanamo. He teaches Legal Issues of Terrorism, International Criminal Law and Administrative Law. He is the author of Our Nation Unhinged: The Human Consequences of the War on Terror (University of California Press, 2009) and Crossing Border Street: A Civil Rights Memoir (University of California Press, 2000). His articles include, “Linguistic Isolation: A New Human Rights Violation Constituting Torture, and Cruel, Inhuman and Degrading Treatment” (Northwestern University Journal of International Human Rights); “Chasing Enemy Combatants and Circumventing International Law: A License for Sanctioned Abuse” (UCLA International Law and Foreign Affairs Journal); “Inside Guantanamo,” (Nevada Law Journal); “In Search of a Forum for the Guantanamo Disappeared” (University of Denver Law Review); and “The Evolution and Revolution of Napster” (University of San Francisco Law Review). Honigsberg also frequently contributes pieces to the Huffington Post and to other media and blogs. He is currently writing a book on his work with the Witness to Guantanamo project.