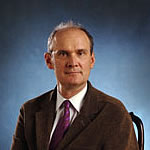 Since graduating from Davidson College in 1978, Bertis Downs has lived in Athens, Georgia where he received his law degree in 1981 from the University of Georgia1s School of Law. He has taught there as an adjunct ever since. His specialty is entertainment law, and he has represented R.E.M. throughout their career.

Downs has maintained his interest in teaching, both through the entertainment law course at the University of Georgia and speaking at various national continuing legal education groups such as the Practicing Law Institute and the American Bar Association Forum Committee on the Entertainment and Sports Industries. He has lectured widely at law schools including William and Mary, Chicago, Harvard, Duke, Emory and the University of North Carolina Chapel Hill.

Downs has been married to Katherine since 1986 and they have two daughters, Adelaide and Eliza. His civic and sociopolitical interests include historic preservation, human rights, the death penalty and the changing legal and business landscape relating to the digital age.